The Pearl in the Darkness by Santana Saunders

IMMERSE YOURSELF IN THE POWERFUL 2020 DEBUT NOVEL FROM SANTANA SAUNDERS

“We went too far. Father is mad. No one make a sound…”

Filled with the suspense and lyrical writing that draws readers to The Stand by Stephen King, a witty humor in the tradition of Andy Weir, The Martian, and a fierce female lead for fans of The Hunger Games by Suzanne Collins.

In a not-so-distant future, recurring acts of terrorism lead to the abolishment of all religion. Believers taking a stand against the ruling are placed in institutions. All existing Bibles, Qurans. and Vedas are destroyed—or so they thought.

Leora Smith, a witty, thirty-year-old medical transcriptionist, lives a quiet life due to a debilitating disorder and unwavering faith that must be kept hidden. Her world is turned upside down when a celestial being informs her of the forthcoming apocalypse and assigns her to recruit experts imperative to the subsistence of the society that will remain when the dust settles.

Each recruit has a story that can only be seen behind closed doors. Leora's childhood friend and numerous enlightened allies band together in an effort to persuade the best and brightest.

As nature bends in accordance to the plan, Leora's preconceived notions of everything good and evil are about to be tested. 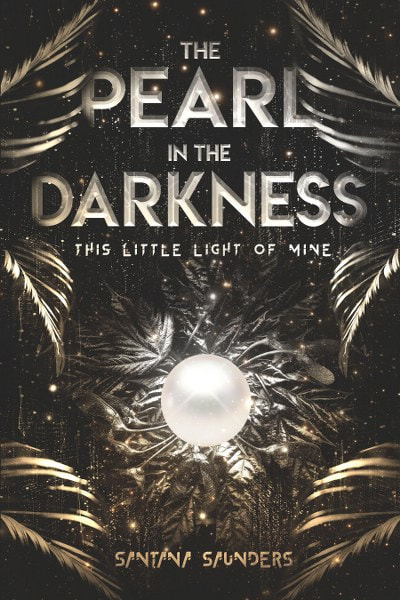 (Disclaimer: I received a free digital copy of this book from Silver Dagger Book Tours for review purposes. All opinions in this review are my own and are honest and unbiased.)

I love low fantasy and I love dystopia, so when I read that The Pearl in the Darkness, the promising start of the Light of Mine series by Santana Saunders, had elements of both, I was excited. The opening was my favorite part of the novel. It put the state of the world into perspective immediately with vivid, sorrowful descriptions, and I loved the foreshadowing provided there. While The Pearl in the Darkness had fantasy elements, the inciting incident that ultimately doomed the world—the banishment of all religion—was plausible, which made the work more chilling. Throughout history, various religions have been violently oppressed, sometimes in favor of a secular state. It's easy—and disturbing—to imagine governments around the world severely punishing those who practice religion. I'm not religious, but I still enjoyed this novel enough to keep reading it. However, I feel Christians would enjoy this story even more than I did because of the Christian themes, though not all Christians may agree with certain views presented within.

I found this story's premise to be interesting and the characters to be engaging. I loved Leora's strength and dry wit. There were times when I couldn't help but picture her and Hollis as teens even though they were supposed to be adults. Their banter and occasional immaturity were endearing, but it also made this read more like a Young Adult book. I didn't mind that, it just surprised me because of the characters' ages. I appreciated that the romance didn't overshadow the plot, but it still seemed a bit forced. I also felt that Santana Saunders missed many opportunities to spice the story up more. For instance, I couldn’t believe that Leora didn't face more resistance from the government as she carried out her mission. I get that God would protect the chosen ones, but even just having a few close run-ins with oppressive government officials could have made the work more exciting. The twist at the end almost made up for that, though. If you're looking for a haunting apocalyptic urban fantasy and won't mind the religious themes, I recommend The Pearl in the Darkness by Santana Saunders. 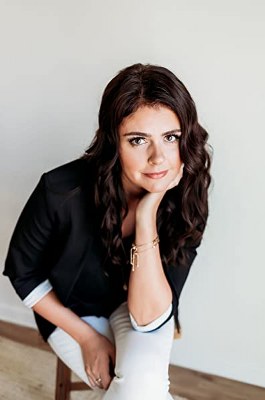 Santana Saunders grew up along the Missouri River in rural North Dakota, where the sandbars were far-off lands and the canoes were pirate ships.

Santana went on to pursue a career in marketing, and creative writing went on the back-burner. In 2019, she and her family found themselves relocating to Florida. Sandbars and canoes quickly became beaches and ocean. This change of scenery inspired her to return to writing.

Today, she is a Florida-based author of fantasy and thriller novels. When she isn't reading or writing stories she is playing at the beach with her husband and three daughters or attempting a DIY home project that will surely take weeks longer than anticipated to accomplish.

Visit the links above for details on this giveaway. General giveaway guidelines and terms can be found on my site here, though since Kayla C. Reviews is not in charge of this giveaway, those terms may or may not apply to this particular event.