Chafing at the rules of the amber guild, Peter, an apprentice during the waning years of the Thirty Years' War, finds and keeps a forbidden piece of amber, despite the risk of severe penalties should his secret be discovered.

Little does he know that this amber has hidden powers, transporting him into a future far beyond anything he could imagine. In dreamlike encounters, Peter witnesses the ravages of the final months of World War II in and around his home. He becomes embroiled in the troubles faced by Lioba, a girl he meets who seeks to escape from the oncoming Russian army.

Peter struggles with the consequences of his actions, endangering his family, his amber master's reputation, and his own future. How much is Peter prepared to sacrifice to right his wrongs? 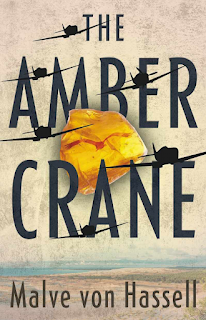 (Disclaimer: I received a free digital copy of this work from Black Coffee Book Tours for review purposes. All opinions in this review are my own and are honest and unbiased.)

The Amber Crane by Malve von Hassell started off slow and stayed that way for the majority of the story. I expected a faster-paced story, but in the end, I wouldn't change a thing about The Amber Crane. The slower pacing gave me time to consider the weighty themes presented and to truly get a feel for the characters, primarily Peter. I started this book expecting a plot-driven adventure. Instead, I got a character-driven drama that tugged at my heart. I enjoyed reading about Peter's development and how his view of certain people changed as he matured. At the start of the novel, I didn't particularly care for him. He was evasive toward his friends and family and often came off as selfish and distracted. As the story continued, he grew a lot mentally and emotionally, and I couldn't stop myself from rooting for him toward the end. Other characters weren't quite as dynamic, but they were still intriguing, especially Lioba.

Malve depicted some of the harsh realities of war well, but the kindness of several characters managed to shine through that darkness, giving me hope. She expertly explored how different people respond to hardships in varying ways, often encouraging readers to put themselves in another's place rather than be judgmental. I also loved that she never tried to fully explain how the time travel in her story was possible. Had she done so, it would have taken away some of the magic, which helped lighten the heavy narrative. I felt she superbly captured Peter's disorientation and awe at finding himself thrust so far into the future. I'm not an expert on the Thirty Years' War, but based on the research I've conducted since reading this book, The Amber Crane is exceptionally accurate to the time periods of its settings and the events that occurred then. Reading The Amber Crane by Malve von Hassell was a singular experience, and I highly recommend it to those looking for historical fiction with a touch of magic.

Trigger Warning: This work includes some disturbing material, including violence and references to the Holocaust, rape, and suicide. 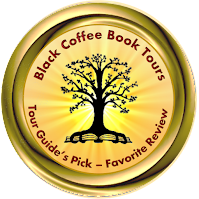 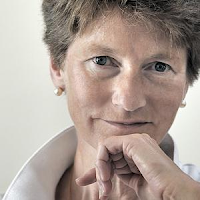 Malve von Hassell was born in Italy and spent part of her childhood in Belgium and Germany before moving to the United States. She is a freelance writer, researcher, and translator. She holds a Ph.D. in anthropology from the New School for Social Research.

She has taught at Queens College, Baruch College, Pace University, and Suffolk County Community College, while continuing her work as a translator and writer.

She has self-published a children's picture book, Letters from the Tooth Fairy (2020) and her translation and annotation of a German children's classic by Tamara Ramsay, Rennefarre: Dott’s Wonderful Travels and Adventures (Two Harbors Press, 2012).

The Falconer's Apprentice (namelos, 2015) was her first historical fiction novel for young adults. As well as The Amber Crane, she has published Alina: A Song for the Telling (BHC Press, 2020), set in Jerusalem in the time of the crusades, and is currently working on a biographical work about a woman coming of age in Nazi Germany.