Craig Edmonds and his young family are awoken at 2 AM by someone banging at their front door. On their doorstep they find an unexpected delivery…a large crate with a generic label addressed to his family.

Their remote house, the lateness of the hour, the unexpectedness of the delivery… something feels wrong to Craig, a sheriff in the high of southern Utah. It has taken him years to recover from the psychological trauma he'd undergone as an elite Marine sniper, but his life was now simple and complete.

But then he opens the crate to discover an intricately carved wooden mirror. Now Craig must fight an enemy far worse than any he'd encountered in the Middle East. Only this time he is battling against time and the embodiment of evil in a desperate attempt to save his family. His mission will take him twenty five years into the past and six thousand miles from home in order to defeat the reanimation of a 16th century English witch in this spine-chilling time traveling horror. 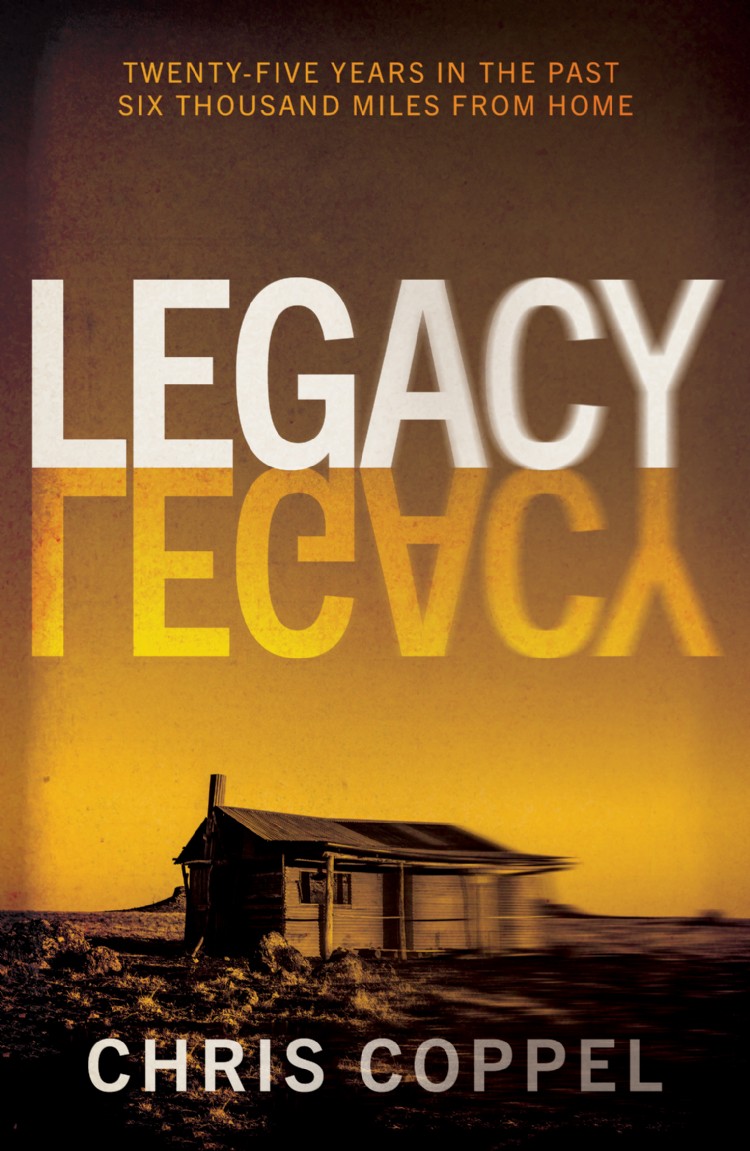 (Disclaimer: I received a free digital review copy of this book through Edelweiss+. All opinions in this review are my own and are honest and unbiased.)

Legacy is the second Chris Coppel book I've read, and like his other work (unrelated to Legacy), he excelled at weaving tantalizing, eldritch descriptions. Coppel delved into some interesting supernatural concepts, provided a refreshing take on time travel, and raised several intriguing questions regarding what lies beyond the veil of normalcy many of us pull over our eyes. The remote setting of Craig's house added to the eerie ambiance wonderfully. Coupling otherworldly horror with the mundane horror of humanity made for a disturbing read, but I was hoping for more nonstop horror and action. This was a good novel, but it didn't exactly keep me on the edge of my seat.

Craig's harrowing backstory was absorbing, but it didn't all strike me as relevant to the plot. More focus was placed on Craig's past and development than on the plot itself, which helped me sympathize with him but slowed the pacing. Ironically, when the story finally picked up, it flew by too quickly. Legacy could stand alone, but it struck me as the start of a series because of the open ending, which felt clipped. There was a major revelation about Craig at the end, and I wish it hadn't been so glossed over. As a dark fantasy/horror novel, Legacy wasn't entirely what I expected, but I still recommend it to those who like dark novels with sinister supernatural elements and a lot of character backstory.

Trigger Warning: Contains some violence, murder, suicide, a brief mention of child sexual abuse (not detailed), and themes of PTSD and trauma.