Death by the River by Alexandrea Weis and Lucas Astor

About the Book
As provided to me
SOME TRUTHS ARE BETTER KEPT SECRET.
SOME SECRETS ARE BETTER OFF DEAD.

Along the banks of the Bogue Falaya River, sits the abandoned St. Francis Seminary. Beneath a canopy of oaks, blocked from prying eyes, the teens of St. Benedict High gather here on Fridays. The rest of the week belongs to school and family—but weekends belong to the river.

And the river belongs to Beau Devereaux.

The only child of a powerful family, Beau can do no wrong. Handsome. Charming. Intelligent. The star quarterback of the football team. The "prince" of St. Benedict is the ultimate catch.

He is also a psychopath.

A dirty family secret buried for years, Beau's evil grows unchecked. In the shadows of the ruined St. Francis Abbey, he commits unspeakable acts on his victims and ensures their silence with threats and intimidation. Senior year, Beau sets his sights on his girlfriend's headstrong twin sister, Leslie, who hates him. Everything he wants but cannot have, she will be his ultimate prize.

As the victim toll mounts, it becomes crystal clear that someone has to stop Beau Devereaux.

And that someone will pay with their life.
Winner--Young Adult Fiction--2019 International Book Awards
Bronze Medal--Mystery/Thriller/Suspense/Horror--2019 Feathered Quill Awards
*Death by the River was originally intended to be a standalone but readers asked for a sequel and the St. Benedict series was born. The second book comes out in 2022.*
Goodreads  🕮  Amazon  🕮  BookBub
My Review 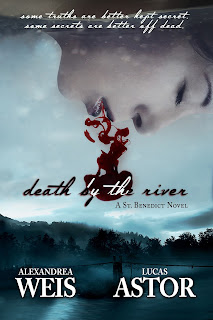 (Disclaimer: I received a free digital review copy of this book through BookSirens. All opinions in this review are my own and are honest and unbiased.)

Heart-wrenching, gut-twisting, and chilling—Death by the River by Alexandrea Weis and Lucas Astor was not an easy read. I'm glad it came with a trigger warning, as there were quite a few dark, disturbing scenes. Though graphic for a young adult novel, those scenes were handled well. I appreciated how Alexandrea Weis and Lucas Astor helped raise awareness about sexual abuse and the effects it can have on victims. Death by the River was disturbingly realistic in its themes and characters, but it was ultimately empowering because of its message, as it encouraged women to stand up for one another and for themselves. I can see how it could be an eye-opening read for those who are less familiar with sexual abuse and the tactics many abusers often employ to get their way.

I won't give any spoilers, but I did find the conclusion to be somewhat anticlimactic. I was hoping for a bigger pay-off. There were also a few parts, including the final twist, that felt off, even a bit glossed over, to me. However, Death by the River had a lot going for it. In addition to its message, this work shined in character development and descriptions. The satisfyingly eerie, sinister atmosphere the authors created held me captive. I loved Leslie's and Dawn's character development, and while I despised Beau, he was expertly crafted. I loved that the authors provided such excellent insight into his thought processes and tactics. All in all, Death by the River by Alexandrea Weis and Lucas Astor was a powerful, shudder-worthy young adult thriller that I highly recommend to those who enjoy the genre.

About the Authors
As provided to me 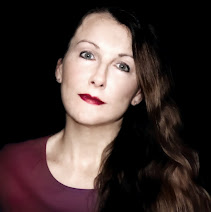 Alexandrea Weis, RN-CS, PhD, is a multi-award-winning author, screenwriter, advanced practice registered nurse, and historian who was born and raised in the French Quarter of New Orleans. She has taught at major universities and worked in nursing in New Orleans area hospitals.

Having grown up in the motion picture industry as the daughter of a director, she learned to tell stories from a different perspective. Infusing the rich tapestry of her hometown into her novels, she believes that creating vivid characters makes a story moving and memorable.

A member of both the International Thriller Writers Association and the Horror Writers Association, Weis writes mystery, suspense, thrillers, horror, crime fiction, and romance and has sold over one million books. She lives with her husband and pets in New Orleans where she is a permitted/certified wildlife rehabber with the Louisiana Wildlife & Fisheries and rescues orphaned and injured animals.

Lucas Astor is a multi-award-winning author and poet with a penchant for telling stories that delve into the dark side of the human psyche. He likes to explore the evil that exists, not just in the world, but right next door behind a smiling face.

One of his favorite quotes is: “It’s better to be silent than be a fool.” ~Harper Lee (To Kill a Mockingbird)

From New York, Lucas has resided in Central America and the Middle East, and traveled through Europe. He lives a very private, virtually reclusive lifestyle, preferring to spend time with a close-knit group of friends than be in the spotlight.