Congressional staffers Peter Brunner and Angie Fontaine have come to realize Congressman Louis Garrou, a rich, powerful congressman who has eyes on the White House, hides a dark secret that has propelled him into power. As their relationship grows, they become the target of Garrou, who is willing to sacrifice anyone who might stand in the way of achieving his personal goals and those of his Satanic coven. Will Peter and Angie have the chance to stop him or be silenced forever? 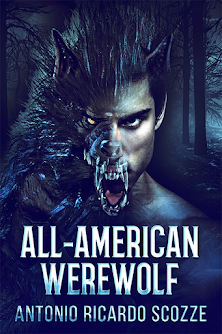 I'm always leery about selecting books about werewolves because it's rare that I can find a werewolf tale with enough of a twist to make it fresh and interesting. I accepted All-American Werewolf, however, because it seemed like Antonio Ricardo Scozze managed to put a new spin on the trope, and I wasn't disappointed in the slightest. Even if you roll your eyes when you hear of a new werewolf novel, you may enjoy All-American Werewolf, especially if you like books that feature political power plays, dark conspiracies, and some elements of cosmic horror. I was a bit worried that the political aspects of the work would weigh the story down too much, but that wasn't the case at all. There was just enough political intrigue to be interesting, not tedious, and it was used well as a tool to show the coven's evil and the extent of its reach.

My favorite part of All-American Werewolf was how there was still a shred of hope that the light would prevail despite how the coven's power made the odds feel nearly insurmountable. Detailed descriptions put me right in each scene, and the characters' depth and development were spot-on. This book certainly didn't lack horror elements and violence, but the violence wasn't the sole focus of the story. Because Scozze took the time to share the effects such elements had on the main characters, I sympathized with them more easily, but all the introspection slowed the pacing. So did the occasional awkwardly worded sentence. Even so, I had a hard time putting this one down, and I enjoyed the curveballs Scozze threw. In conclusion, I recommend All-American Werewolf to anyone looking for a more original, thought-provoking werewolf story with a deeply disturbing premise.

Trigger Warning: This is an adult work that contains strong gore, graphic violence, murder, and a scene of child sexual abuse (not detailed). 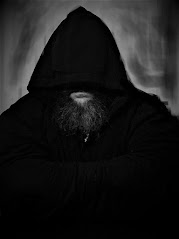 Extraordinarily little is known about Antonio Ricardo Scozze, the mysterious writer who appears to have knowledge of an esoteric world of horrors that is intertwined with our own. All that's known about him for certain is he lives and writes in a small Sicilian community called San Michele Vittoroso, and that all his writing is an attempt to pull back the veil on these hidden eldritch terrors.