Give Place to Wrath by Steven C. Harms 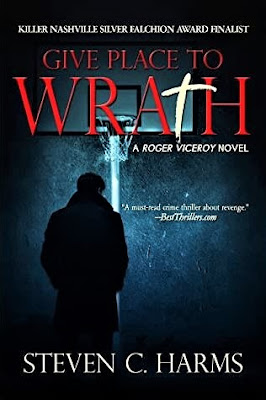 One quiet morning, a bomb rocks a wealthy suburb of Milwaukee, Wisconsin. From the carnage, Detective Roger Viceroy and his team find little evidence to guide their investigation save for one enigmatic clue. That same clue is discovered at the scene of each murder that follows in the wake of the bombing. As the weeks drag on and the body count increases, Viceroy and his team uncover another commonality between the cases: All of them seem to be associated with the mysterious town of Curwood, Wisconsin. If Viceroy can figure out what secrets that town is keeping, he may be able to put an end to the destruction before any more lives are lost, but time is not on his side.

You can find Give Place to Wrath on Amazon and Goodreads.

(Disclaimer: I received a free digital review copy of this book from the author. All opinions in this review are my own and are honest and unbiased. To read my review of the second book, The Counsel of the Cunning, click here.)

Steven C. Harms pulled no punches in Give Place to Wrath. Fast-paced prose, harrowing subject matter, and well-executed suspense kept the pages flying. My favorite aspect of this book was how Roger and his team worked together. Roger didn't overshadow them. I thought that helped this story stand apart from many others in the genre. Most mystery thrillers I've read center around a single genius detective/investigator who sometimes has a bright partner. While I still enjoy such thrillers, it was nice that Give Place to Wrath broke from that trope.

The inclusion of Roger's faith was interesting because it gave the work a distinct tone and, in my opinion, enhanced the plot. I liked that the author confronted racial and religious bigotry, drawing attention to those issues. I had my suspicions about where the investigation would lead, but the author kept me second-guessing myself until the end. Give Place to Wrath was a highly emotional, stunning debut novel by Steven C. Harms. I highly recommend it to anyone on the hunt for their next mystery thriller. This is one series I'm definitely going to keep my eye on.

Trigger Warning: This is an adult book that contains violence, including a scene of sexual assault, mild gore, and profanity. 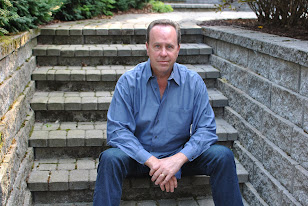 He's an accomplished playwright having written and produced a wildly successful theatrical production which led him to tackling his debut novel, Give Place to Wrath, the first in the Roger Viceroy detective series. The second book, The Counsel of the Cunning, is due out in fall of 2021.

A native of Wisconsin, he graduated from the University of Wisconsin–La Crosse. He now resides in Oxford, Michigan, a small, rural suburb of Detroit.