The Bedwetter: Journal of a Budding Psychopath by Lee Allen Howard

Armed with electric hair trimmers and a military fighting knife,

Russell Pisarek is twenty-six years old and still wets the bed. He grew up different from other young men because his vicious mother punished him for wetting by shaving his head. When he confided this to his girlfriend Tina, she betrayed him by advertising his problem to all their high school classmates. He took out his frustration by skinning neighborhood cats.

Now Russell fantasizes about finding just the right woman—so he can shave her bald. He struggles to overcome his dark tendencies, but when his sister discovers he's wetting again, she puts him in dire straits.

During this time of stress, the mythical Piss Fairy appears in his dreams, and Russell is driven to satisfy his twisted desires with an innocent coworker, who also needs a new roommate.

When Russel's plans go awry, the Piss Fairy commissions him for a much darker task that graduates him from shaving to scalping—and worse.

**You can find The Bedwetter: Journal of a Budding Psychopath on Amazon, Barnes & Noble, and Goodreads.** 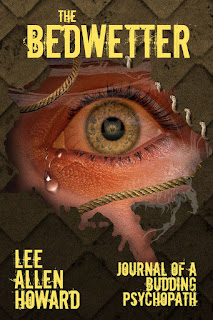 (Disclaimer: I received a free digital copy of this book from Blackthorn Book Tours for review purposes. All opinions in this review are my own and are honest and unbiased.)

The Bedwetter started off strong, but the pace didn't pick up again until three-quarters of the way through it. There was sufficient suspense, but I found the conclusion to be anticlimactic. I thought certain events would occur sooner in the story than they did, and while the psychological horror aspects were riveting, the rest of the story dragged a bit for me. However, when I got used to the story's structure and resulting pacing, I was able to appreciate the work as a whole more. While this wasn't my favorite book in the horror genre, there was much I appreciated about it.

The Bedwetter was well-edited, and the characters were disturbingly realistic. Russel's narration and character development particularly shined. Telling the story from Russel's perspective put me in his demented mind and gave the work a distinct voice. Howard succeeded in helping me sympathize with the person Russel could have been, making the character's fall all the more heartbreaking. If you're interested in reading a chilling, slower-paced story detailing a man's frightening descent into madness, The Bedwetter by Lee Allen Howard may be just what you're looking for. 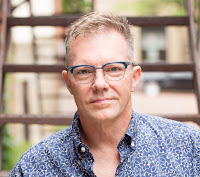 Lee Allen Howard's dark fiction spans the genres of horror, supernatural crime, and psychological thrillers. Howard earned a BA in English from Indiana University of Pennsylvania and an MA in Writing Popular Fiction from Seton Hill University. He's been a professional writer in the software industry since 1985. Besides editing fiction, Lee blogs about his fiction writing at https://leeallenhoward.com. Howard is the founder and editor at Dark Cloud Press, which has published the horror and dark crime anthologies Thou Shalt Not... and Tales of Blood and Squalor. He resides in western New York with a lot of books.