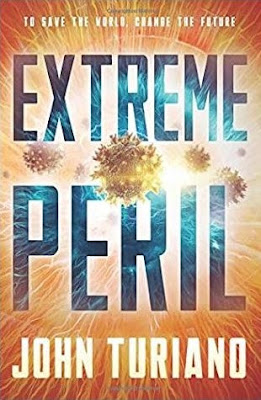 Army investigator Frank Marino and the time team are back in Extreme Peril, the exciting second installment to the Time Travel Series by John Turiano. Soon after the COVID-19 pandemic ends, Frank is sent to Germany on a mission to investigate charges of rape against a US soldier. While there, he also uncovers what he can on a dangerous secret organization that’s bent on creating a new world order. Not long after Frank’s arrival, a new, more deadly virus is unleashed. The virus swiftly claims thousands of lives across the world, and a cure is nowhere in sight. Before, the time team attempted to save the world by traveling to the past. This time, the world’s salvation may reside in the future . . . but the consequences might be worse than the current crisis.

You can find Extreme Peril on Amazon and Goodreads.

(Disclaimer: I received a free digital copy of this book from the author for review purposes. All opinions in this review are my own and are honest and unbiased. If you have not read  Flash Back or checked out the review I wrote for it, you may wish to do so now. There are no spoilers here, but you may be able to follow this review better if you read the first review.)

While Flash Back focused largely on the science behind the time device, Extreme Peril focused more on action, which improved the pacing. Turiano did recap some key events that occurred in Flash Back, but the recap was brief enough to not be boring while still helping orient new readers. There was some information that didn’t feel relevant, but it wasn’t nearly as disruptive as in the first book. I really enjoyed that, once again, Turiano delivered complex characters and didn’t pull punches when it came to dealing out consequences. This provided a gripping, realistic edge that also increased the suspense. While Extreme Peril did include mentions of rape, there were no graphic descriptions. Most of the attention was on political power plays, battling the new pandemic, and confronting bigotry. The sci-fi elements were still present, just tuned down compared to Flash Back. For this reason, Extreme Peril might appeal more to fans of political thrillers with sci-fi elements than fans of hard sci-fi. Overall, I enjoyed Extreme Peril even more than Flash Back, and I can’t wait to see what else Turiano publishes. 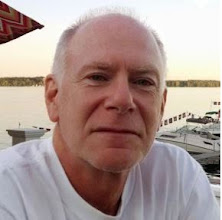 John Turiano is a new author, publishing his first novel, Flash Back, in 2020. Since then he has released two additional books in the time travel series. He wants to write in multiple genres and next up is a psychological thriller. With so many stories to tell he invites you to join him on a journey of writing.

John lives in upstate New York with his wife Sue and their dog Duffy. When not writing he can be found camping, hiking and biking. Recent trips take were: Puerto Rico, where he hiked the El Yunque National Rain Forest; Alaska where he visited the Denali National Park; and Mexico where he explored the ruins of Tulum and an amazing river cave.